Katie, one of the Group Organisers of Beltane 2016’s Water Point, shares her story of finding her place and her people…

Water Point and their next generation of Beltaners, photo by Katie

Water Point trudge straight off the minibus from our away weekend and onto Calton Hill and Beltane does it’s time-bending thing yet again.

About now, hundreds of Beltane participants marvel that the ten weeks – how they stretched out before us like eternity what seems like yesterday – are a suddenly an insufficient and ever dwindling pool of days. Trying to find time for this or that necessary thing feels increasingly like scrabbling together a bus fare in copper coins, wondering what on earth you spent that fifty quid on.

It is easy to feel that life is one long to-do list; to feel resentful towards those whimsical and carefree Week three or four selves, who so liberally deployed terms like can and will. It is possible to lose sight of why on earth we wanted to do this crazy thing in the first place. “What is WRONG with me? I have a seven month old baby. Isn’t it time to stop dressing up and start growing up?” is a completely theoretical example of the sort of question such an individual might ask themselves. But come, let’s bend time a little more, take a pause, and give ourselves a wee talking to. “Why am I doing this?” is always a sensible question to ask, even when we ask it of ourselves in an insufferably whiny voice. 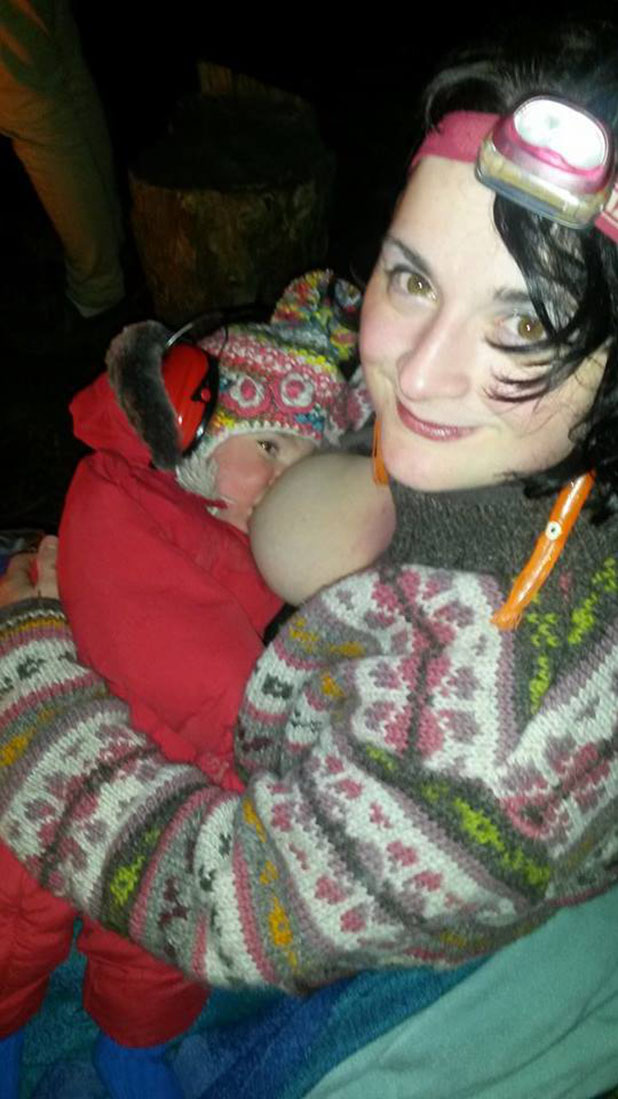 Around the Hill I see as many answers as there are participants. We are a bright and ramshackle bunch, saturated with nerves and optimism. Here to make something bigger than ourselves; creating our collective culture in a million unique moments; meticulously crafting our little drop in the ocean. We wonder at each other’s groups, catching snatches of their performance and story, trusting in the larger picture as we find our place within it, creating our little pocket of the night. People are drawn here by an urge to dance, to drum, to light up the performers so anyone knows what the hell is going on, to boss people about ritualistically, by their wondrous urge to keep up to around nine thousand drunken revellers safe, and keep our performers safe from up to around nine thousand drunken revellers. Some seek spiritual revelations, some seek new friends, some were drawn to the fire; by an urge to make fire, in various different sizes and shapes, or to move it about in an alluring/technically impressive fashion. What brought you here?

I saw Beltane twice as a teenager. The first time, watching the Whites go over the Acropolis, they seemed glowingly magical, strong, reassuring. I remember the accompanying surge of optimism. I saw a tower of Reds rise and fall, intimidatingly exciting. I loved Beltane, then forgot it. It never occurred to me that I might join in some day.

It was loneliness, really, that led me back. I’d moved back to Edinburgh to study. I knew some lovely folk a bit, but no real kindred spirits. I missed my Glasgow flat, where folk’d pop in for a cup of tea, or pick me up at the weekend to go camping, or come out dancing, or make things, do things. I missed my friends in London, that seemed to live in and out of and on each other’s fridges, pockets and couches. Most of all I missed Nowhere, the Burning Man Regional in Spain, where I felt I could make sense of myself for a week or two a year. But home needs to be somewhere you can come back to anytime. Where, I asked Seth Ewin, were the people like that, good people who expanded huge amounts of time and energy on collective expression? He asked me along to my first Beltane Open Meeting.

Balance and connection, photo by Katie

That year, I was in Water Point. The group – led by Judi, Tom and Jamie – was amazing for all kinds of reasons but it stands out to me as the place that all my friends in Edinburgh came from, pretty much. I dated one, lived with another for a couple of years…if you ask me to list my best friends, in the world let alone Edinburgh, an alarming percentage were members of that group, or people I met because of them. Other years I remember most for the physical challenge: like Red, which changed forever my attitude towards my body by making it seem useful to me rather than a cumbersome and problematic brain transportation device, or the Whites, which really helped me explore my feelings about becoming a mother in a supported and peace-giving way. But even then, there are always new people to meet, people to get to know better; there are always gems to find and finding them makes your world, your city, and our Beltane, sparkle that little bit more.

Since that year, there hasn’t been a Water Point and it feels right to be back on the Hill. I love the spectacle of Beltane, I love performing and I truly love dressing up, but most of all I love the people. When the last of your body paint finally washes off, new friendships remain indelibly imprinted beneath. This city is full of friends now; people who pop in for a cup of tea, pick me up at the weekend to go camping, or come out dancing, or make things, do things. Connections like these might well be the most valuable and most enduring thing we create.

Water Point have the cutest little mascot, photo by Katie

Quick! Book your Beltane 2016 tickets before they sell out!