The BBC featured the best pictures from this year’s festival on 1 May in “In Pictures: Beltane Fire Festival Welcomes In The Summer“: 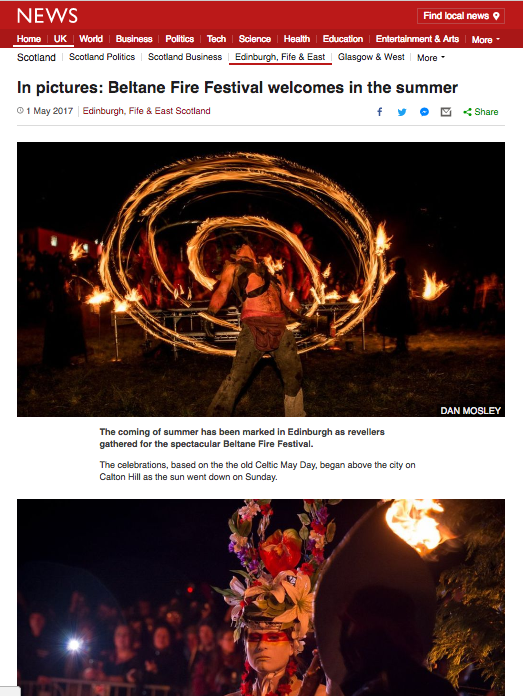 We also featured in the BBC Alba’s An La news programme on Monday evening, which contained some lovely shots and commentary from the festival: The Guardian also included this shot of the Reds about to charge in their Photos of the Day:

The Scotsman and the Edinburgh Evening News both included the article: “Edinburgh’s Calton Hill Ablaze for 30th Beltane Fire Festival“:

The National ran with “30th Beltane Fire Festival Is Bigger Than Ever“:

The Edinburgh Reporter also wrote a nice report of the “Beltane Fire Festival 2017“:

While the Metro also featured some Beltane photos in a photos round of “Here’s How May Day Looked Around The UK”: 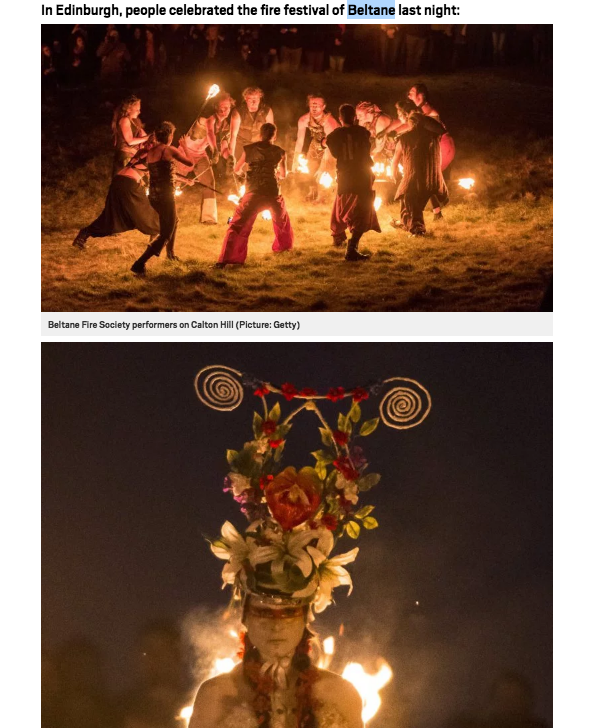 In the run up to the festival, we also featured in the Scottish news. STV published an article “Burning bright: Beltane festival celebrates 30 years of fire” with a look back through our 30 year history: 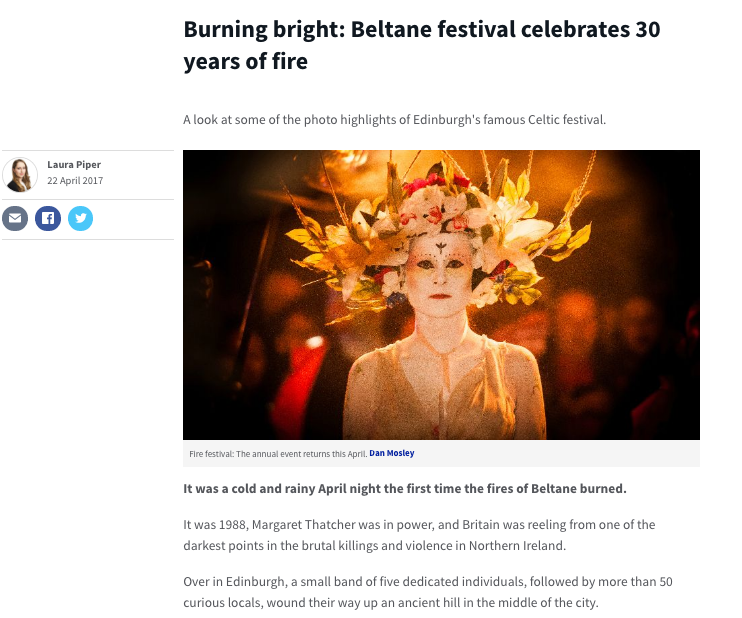 Edinburgh Evening News also ventured into our history, speaking to our founder Angus Farquhar about the very first festivals in “Final Preparations for Beltane Fire Festival“: 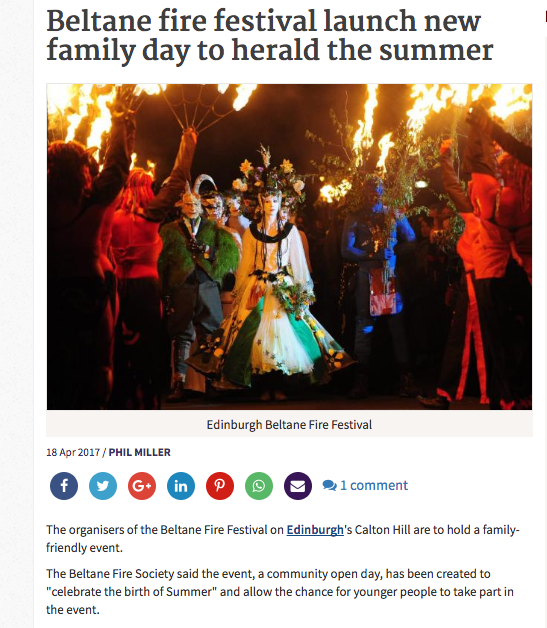 Did you see us somewhere in the news? Or have you featured us in your blog? Let us know by sharing the links in the comments section below: